Spring Break at 24. What uppppp?

I am currently participating in the goodness of life known as Spring Break. And let me just tell you it's treating me right.

Today I woke up at 10:30. TEN THIRTY, people! I usually hate sleeping in past 7:30 or so on weekends because I just feel like I'm wasting so much time (this coming from the chick who slept until noon or 1:00 as a teenager). But then I thought to myself, while everyone out there is getting wasted over spring break, I'm going to get wasted too. Sleep wasted that is. And so I did. I've never been wasted but I think sleep wasted is the way to go. Or chocolate wasted.

So what else is on my Spring Break 2014 Bucket List? (PS this morning when Clint walked in the room, he yelled "Spring Break Snitches!" so yeah you could say sometimes I think I rub off on him a lot.)

Well to start, I'm going to do some redecorating and sew a few things because I've had this trusty sewing machine for a while and haven't put much use into it. Summer is coming up and I want some cute dresses and I've always thought "When I'm old enough to participate in college life spring break, I'm going to sew some crap."

I went to the library and checked out two books. JK Rowling's book "The Casual Vacancy" and a book called "The Power of Habit." Listen. When your friends all work during spring break, the means of entertainment are limited. So JK Rowling will be my friend.

I can't forget to mention one thing I can already cross off my spring break list- making a music video. My brother in law's birthday was on Saturday, so my other brother-in-law (try to keep up here) decided we should make a music video for him. AND WE DID. So I'll also probably be spending some time watching this music video every day and appreciating the goodness of a hilarious and wild family. And then I'll be preparing for the next video which is going to be to a rap song. Which is my jam, homies.

And I'll also go on some jeep rides with my bffs (I just have to say if you met my friends, you would be the most in love with life you have ever been), spend a lot of extra time at the gym, do some country dancing, and convince Clint to go horse back riding with me. Oh and I'll probably call my mom at least 3 times a day because I tend to do that when there's not a lot going on.

So look out world. You can't handle Tosh on Spring Break.

I'm Natasha. Just a lover of way too many things, is all. Welcome to my blog! I'm so glad you could stop by. 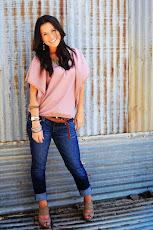 "You are good. But it is not enough just to be good. You must be good for something. You must contribute good to the world. The world must be a better place for your presence. And the good that is in you must be spread to others."
-Gordon B. Hinckley